Located in Appledore in Kent, Gusbourne is situated eight miles north of the medieval town of Rye, and 30 miles from Canterbury, home of the famous cathedral, and the inspiration for Chaucer’s Canterbury Tales.

The original Gusbourne estate can be traced back to 1410.  During the 16th Century the estate was known as ‘Gooseborne’ and carried the crest of three geese, and the goose has been adopted as our logo today.

The first vines were planted at Gusbourne in 2004 after the property was purchased by Andrew Weeber. With an unerring attention to detail, Andrew set about bringing his vision to reality: to create English sparkling wines that would stand alongside the very finest offerings from across the globe.

Focusing on the classic Champagne grape varieties of Chardonnay, Pinot Noir and Pinot Meunier, Gusbourne solely produces wines made from their estate grown grapes, ensuring total control in the cultivation process and the ability to produce fruit of the highest quality.  The quality focus continues in Gusbourne’s winemaking, where after an intricate and rigorous blending process wines spend no less than three years ageing before they are released.

Since their first release in 2010, Gusbourne wines have received critical acclaim in major UK and international competitions.  In 2017 Gusbourne was named ‘English Wine Producer of the Year’ at the International Wine and Spirit Competition, having previously won the award in 2013 and 2015.

Today Gusbourne supplies wines for leading restaurants such as The Fat Duck, Le Manoir Aux Quat'Saisons and The Clove Club and are stocked by prestige retailers including Berry Bros & Rudd, Selfridges, Harvey Nichols and Fortnum & Mason.

Opening their tasting room, The Nest, in 2017 Gusbourne is delighted to welcome visitors to the picturesque Kent countryside for tours and tastings, and to enjoy their award-winning English sparkling wines. 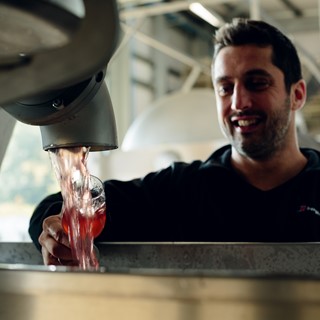 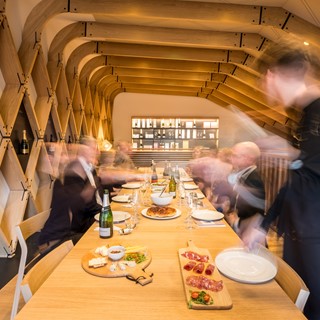